With the start of the ACCESS-SMC project in 2014, a new, promising intervention against malaria was brought to scale. Anticipating the scale-up of this intervention, there was a need to forecast the size of the market for sulfadoxine-pyrimethamine and amodiaquine (SP+AQ) by confirming the number of eligible children living in eligible areas. In 2012, when the WHO first recommended SMC, this figure was estimated at around 25 million children, leading to a total need for 100 million treatments. Over the course of six years, from 2015–2020, it is estimated that a total of 158 million children, aged 3 to 59 months old, will need SMC to achieve universal coverage in the Sahel.

As SMC is a time-bound intervention, and the drugs need to be distributed on time during peak malaria transmission season, estimating detailed forecasts for all commodities is essential. Estimating this need requires a close approximation of the number of children aged 3–59 months per village, health zone, district, region or country. Initial population data were obtained from the most recent national census or demographic and health survey or the national bureau of statistics.

Medicines for Malaria Venture (MMV), as a member of the ACCESS-SMC project, took on the task of consolidating the first global forecast for SP+AQ rollout.  Together with Broadreach, other partners and focal contacts within National Malaria Control Programs (NMCPs) in target countries, MMV collected and uploaded SP+AQ forecasts, and made them available through an online SMC forecasting platform, launched in October 2015.  Initially, the forecasting tool provided three-year forecasts per country disaggregated by age groups and districts – and was available only via password-restricted access. Each of the uploaded forecasts is validated by the National Malaria Control / Elimination Program. 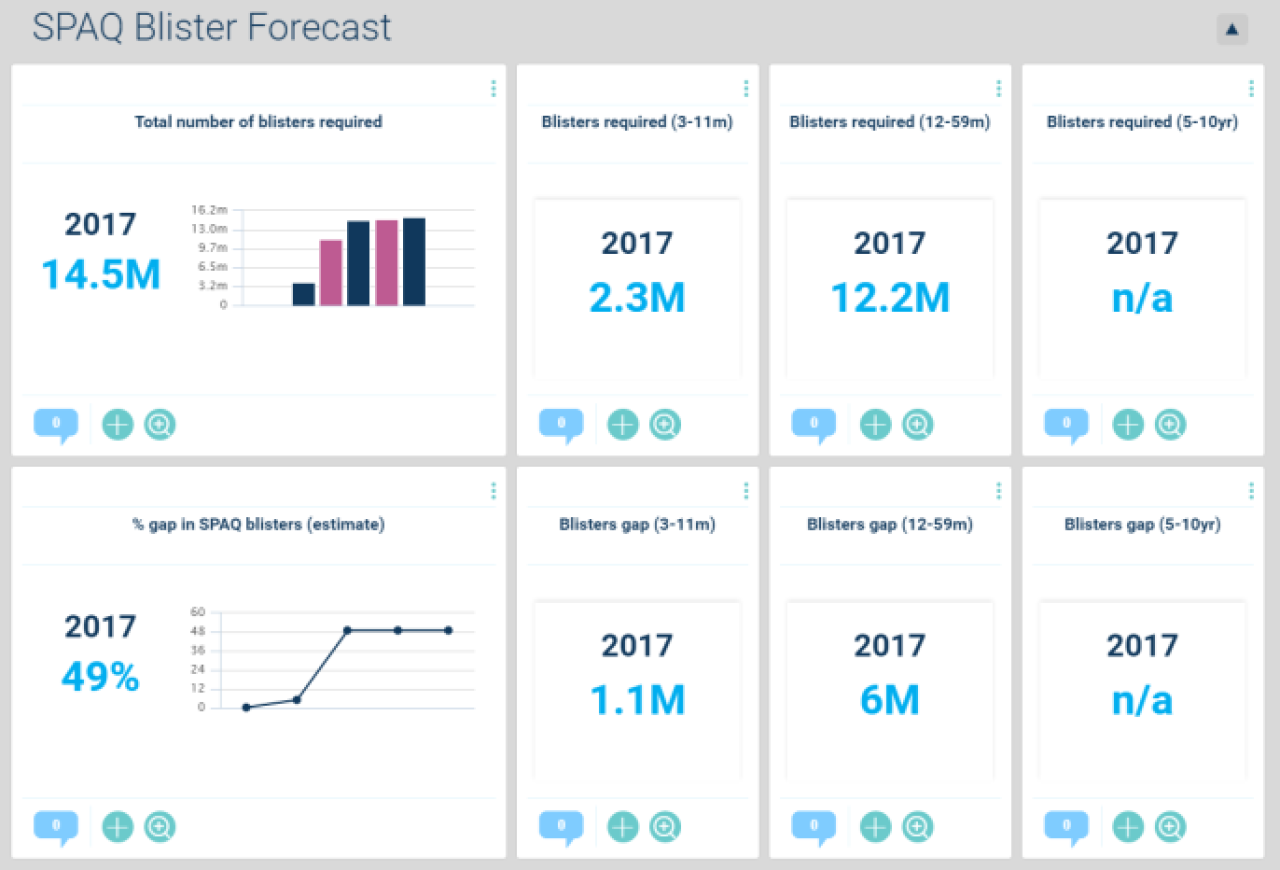 In 2017, the web-based forecasting platform was revamped and relaunched. Today, the customized platform provides an overview of the successful delivery of SMC throughout the Sahel region (no longer restricted just to the ACCESS-SMC countries), enables analysis and presentation of integrated SMC forecasting data, and serves as an operational planning and monitoring tool. The latest release facilitates interaction between stakeholders, as well as public communication of top-line reported and forecasted figures.

As the ACCESS-SMC project ends in the second half of 2017, plans are underway to ensure the continuous use of this tool after project closure.  Future improvements may include the incorporation of detailed consumption data from countries, clear documentation about anticipated partner support, detailed delivery timelines and order tracking.

SMC coordination mechanisms have been in place in the West Africa region since 2012; countries and several actors are keen to continue SMC implementation at scale.  Through close coordination with these partners, MMV will work to identify sustainable sources of financing to continue developing and refining this forecasting tool for SMC in the Sahel region.