ACCESS-SMC was implemented in two Nigerian states, Sokoto and Zamfara. During the first campaign in 2015, seasonal malaria chemoprevention (SMC), an antimalarial preventive treatment course for children aged 3-59 months, was implemented in 17 local government areas (LGAs) from the two states. By 2016, ACCESS-SMC approximately doubled its reach, covering all 37 LGAs in Sokoto and Zamfara.

Each cycle of the campaign lasted for four days. During this time, trained community health workers would administer the first dose of SMC, and counsel caregivers how to administer the remaining doses over the next two days. A group of State Supervisors would meet each of the four days SMC was being administered to review progress, present challenges, offer solutions and reach consensus of what steps should be taken next. These officers were selected from the State Ministry of Health (SMoH), State Malaria Elimination Program (SMEP), NGO partners and consultants. Each one was assigned a LGA to monitor and supervise during the SMC intervention. 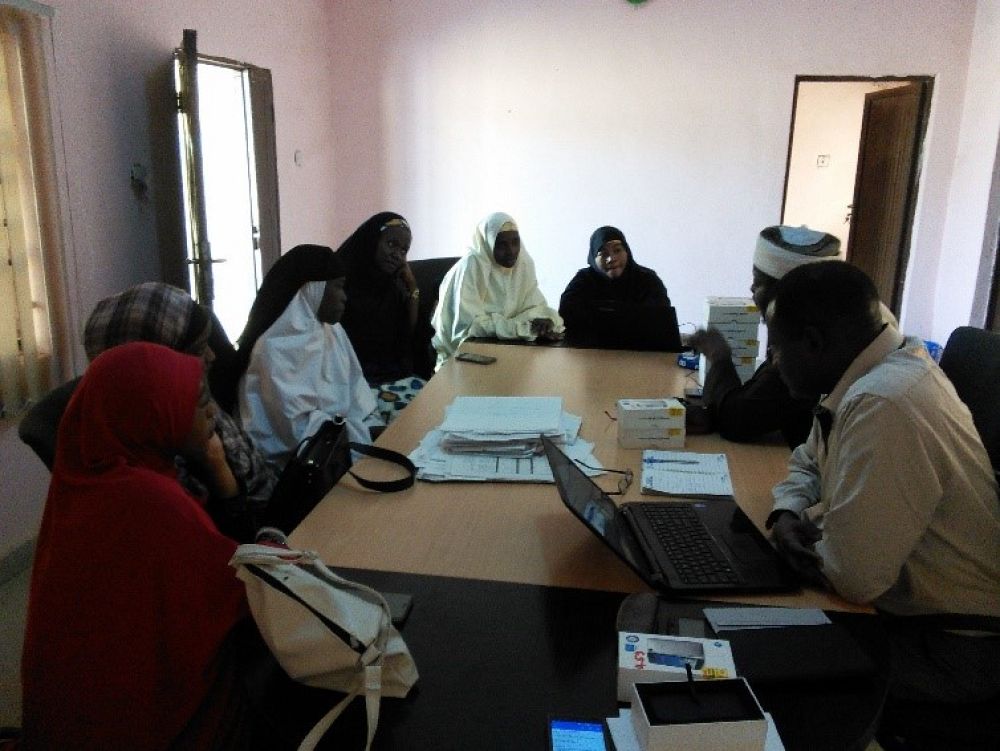 State Supervisors meeting at the end of the mass drug administration

It was reported during a review meeting that due to the capital of Zamfara’s (Gusau) high urban density more resources were required to reach every eligible child. An agreement was reached to advocate to the governor of Nasarawa, Honorable Umar Tanko, for support in extending the campaign from four to six days. The National Malaria Elimination Program’s National Coordinator led the meeting where representatives from Malaria Consortium and other NGOs, in addition to SMEP and SMoH officials, also attended.

The following issues were presented:

1. Children were benefiting from the free administration of SMC.

2. While each month of the campaign lasted four days, given the population density of Gusau and the extent of work already done, it became clear not every child would be reached within the stipulated time period.

3. If the campaign was extended by two days and personnel costs were covered for the additional time, every eligible child could be reached.

In his response, Honorable Umar Tanko commended Malaria Consortium and UNITAID for implementing ACCESS-SMC, and assured that NGN 100,000 (USD 327) would be sourced to support the extension so every eligible child was protected during the rainy season, the peak of malaria transmission. He also thanked the country teams for their valiant efforts in ensuring children were treated, and offered his continued support saying “My doors are always open, whenever you need to see me.”

Thanks in part to Honorable Umar Tanko’s financial support, all of the 104,424 eligible children in Gusau were treated with this potentially life-saving treatment.